There have been times when I’ve felt so bad I’ve wanted the Earth to swallow me up. Times when, if I’d had one wish, I would not have wished for more money or time or power; I’d have wished to disappear in a puff of smoke.
And there was a time when I very, very nearly killed myself.
We’re all human, which is to say, we all have the capacity to experience tremendous pain. I’m talking about emotional pain here, but the same goes for physical…
I think it was Primo Levi who said something like:
“A human is an animal that can adapt to any circumstances”.
I once watched a documentary called “The Boy Whose Skin Fell Off”. It was about a boy with a rare disease – his skin fell off his body every few days. His skin kept falling off all the time. His parents had to bandage him up, and he lived with that pain day in, day out, his whole life. In the end, he died of skin cancer.
I don’t think I’ve ever cried so much, or been so moved, as I did and was by that movie. That boy’s courage and dignity will remain with me, always. You can watch it here. You will be moved and shaken and inspired.
I wrote recently about feeling like an Ant. And about feeling like God.
To me, the difference between the two is just all about where we place our attention (and where we place our attention is the greatest sign of our intelligence)… 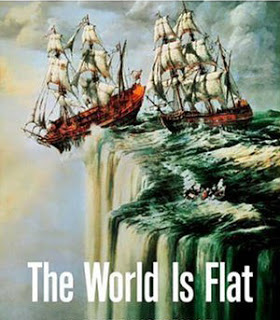 When I was at school I had a friend who was, to be honest, an asshole. He once hawked up a big green lump of phlegm out of the depths of his chest and spat it full in my face. Yes, that kind of asshole. But he was nevertheless my friend, and I loved him, and somehow still do (although we’ve long since lost touch).
He once told me this saying, and it’s stuck with me ever since:
The more you study, the more you learn. The more you learn, the more you know. The more you know, the more you forget. The more you forget, the less you know. So why bother?
Of course it’s a bit silly, but when I heard it then it felt very right. Perhaps because at that time the whole adult world seemed to be pitted in a deadly struggle to teach me crap. Parents, teachers, extended family, family friends, and distant relatives were all hell-bent on cramming my head full of algebra, geology, ancient history and chemistry, at a time when all I really wanted to do was climb trees.
Many years later I read the classic book ‘I Am That’, by Sri Nisargadatta Maharaj, and the following line changed my life:
“Love says ‘I am everything’. Wisdom says ‘I am nothing’. Between the two, my life flows.”
Socrates said:
“All I know is that I know nothing”.
Such simplicity. Such beauty. Such wisdom.
That’s the kind of ancient history I am interested in…

Of course, if you don’t wear shoes, you hurt your feet, right? It’s only logical.
There’s another way. Develop faith, and walk down a jungle-covered Indian mountain barefoot.
I also once got high (long time ago), and ran full speed down a narrow, steep, crooked and uneven footpath, (tree roots, rocks, and all) in the pitch dark. The odds of my making it down in one piece were probably about a billion to one. “But” as it says in the bible, “with faith, anything is possible”. (Mathew 19; 26)

That’s why they call it ‘a cold’ isn’t it? If you get cold, you get a cold, right? Right!
Except, if you raise your energy, develop a strong immune system, and have faith, you don’t ever get colds (or, very rarely).
When I believed this one, I used to keep warm. I also used to get a lot of colds, flu’s, and throat problems. Now, I rarely dress ‘sensibly’, and I hardly ever get sick.

Many times in my life I thought I found The Answer. You know, the answer to all our problems – Life, The Universe, and Everything. But the truth is, there is no answer. The question is the answer, because in the asking of the question we find another question, and it’s in the very asking of questions that we find our purpose (isn’t it?). So every time you think you’ve found that answer, think again. The part of us that likes to believe in answers is our Ego. So what would happen is, my Ego would find The Answer, and then a little while later I’d realize that The Answer didn’t actually answer all the questions after all, and I’d set off in search of The Answer all over again. This is the definition of suffering isn’t it? It’s certainly one definition of insanity.
Nowadays, I very much concur with Carlos Castaneda / Don Juan’s secret to staying fit and healthy:
“The secret to having a healthy body is in what you don’t do”.

It’s been told a million times by a million people better than myself, but I’ll say it again: happiness is an inside job.
‘There is no path to happiness. Happiness is the path.’
That said, I’ve found something very interesting in my time thus far on Earth: we are innately happy beings. Given a natural, peaceful biological development (from conception to adulthood), and a supportive and loving upbringing / education, we cannot fail to be happy.
How many of us had those two simple things? Very few. Instead we have almost all of us experienced abuse and trauma, and trauma disconnects us from our happy Self.
So, yes, happiness is inside us already, waiting to come out, and yes, in that sense, Self Help or Personal Development is a waste of time, but you know what? Until you’ve healed the trauma, the happiness is hiding. Like the Sun behind the clouds.

Another cliché: ‘human beings are like snowflakes’.
Yes, cliché but true. No two of us are the same. Even if you take the most identical identical twins, they are deeply different; each unique. And as different as we all are, we are also all on different paths, and at different stages of the path. So no, there is no ‘one size fits all’ in this life.
One of the things that brought this home to me very clearly was a comment that a reader left after my article The 3 Reasons to be a Vegetarian. Calling himself simply ‘Omnivore’, this person said that despite having had been raised a vegetarian; and despite believing completely in everything that my article espoused; and despite having eaten the perfect ‘textbook’ vegetarian diet; he needed meat, and when he started eating meat, his health and sense of well-being improved greatly. He went from ‘surviving to thriving’. His comment helped me to understand that there is no right way to eat. (I thought I’d been writing The Truth, The Answer). It also helped me to find a better way for me to eat. Changing this belief – a strong viewpoint that I’d taught in seminars – wasn’t easy. But it was liberating.
What this world needs like a hole in the head is more beliefs, views, and opinions.
What this world desperately needs is more people who love themselves and each other and the world around them, regardless of views, beliefs, and opinions.

It’s coming towards the end of January, 2001 – and the end of my one month Yoga teacher’s training course in Kerala, India.

It’s been the longest month of my life – bar none. I’ve been ill for most of that time with bronchitis, tonsillitis, and flu (yes, simultaneously) and I never would have believed that it was possible to feel quite so useless. Having never been seriously ill in my life, and having come here with the idea that I would become God of Asana, it’s been a humbling experience, to say the least…