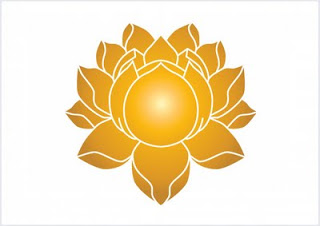 Secondary Gain is a medical term. If you ask a doctor what it means, they’ll know. If you ask a Reiki practitioner, they probably won’t. That’s because it’s a concept that the world of alternative healing has generally not woken up to yet. I believe it’s also one of the main reasons why: most alternative healing doesn’t work; and most personal development methods are inefficient. *
What is secondary gain exactly?
Secondary gain** may be defined as ‘a hidden benefit that is derived from the problem’.
The best example I can give is the one Simon Rose (founder of Reference Point Therapy) gave me when he taught me RPT. It is a true story.
There was an old lady who had cancer. Despite the fact that she had expert care her condition did not improve – against all expectation. When asked the simple (and seemingly ridiculous) question:
“What would you lose if the cancer was healed” she finally replied:
“I would be lonely again”.
Before the diagnosis of cancer, she had been very lonely. When they found out that she was ill, her grandchildren began to visit her daily. Faced with the simple choice between cancer and loneliness, she (subconsciously) chose cancer.

The hidden benefit to her problem – the secondary gain – was quite simply that the quality of her life was improved by her cancer. She was no longer lonely.
Other examples include:
“If my bad back was fixed, I’d have to go to work”…
and:
“If my headaches stopped, I’d have to start having sex with my husband again” (another real-life example!)
Why is this an important issue?
Let’s face it – we all have problems from time to time. Whether physical, emotional, or psychological, challenges are (a big) part of life.
It is many people’s experience that the initial hope and euphoria – so often experienced immediately after a healing session (or therapy, or personal development) – fades, and the symptoms return.
The most common reason for this is secondary gain.
You may well find the root cause of your problem. You may well effectively heal it. But if the secondary gain is not released you will probably not see any long term change in the symptoms – because subconsciously you are choosing to hold onto them.
Honestly, I have lost count of the number of clients (and even personal problems) whose healing has ultimately come down to secondary gain. Very often you need only heal the secondary gain of a problem in order to watch it just fall away – secondary gain is all that’s holding it in place.
I’ll leave you with another example. I’m working with a client at the moment who has advanced liver cancer. She’s 31 years old, has a 3 year old child, and the doctors have told her that there’s nothing they can do. Personally, I believe that there is almost always something we can do; if we know the cause of something, we can undo it.
When I began to explore the concept of secondary gain with her, she knew exactly what I meant: she had a list of things that were benefits of the cancer:
She makes friends more easily now that she’s sick; has a great excuse as to why her career is at a standstill; and she gets her husband’s undivided attention without having to ask for it.
In this case I worked on the trauma of these secondary gains: making friends (she’s an introvert), having a career at standstill (she wants to work), and being assertive / getting attention when needed (she had an issue with looking like an ‘attention seeker’ when expressing her needs and desires).
Of course, I’ve done much more than just work on secondary gain with her, but already there have been some dramatic changes. An chronic shoulder pain (interestingly, directly behind the breast that was the original source of the cancer) has disappeared; and an old breathing difficulty has cleared up.
Edit: since originally writing this, she had a blood test. Whereas before her blood was always weak, the doctors told her now that it is ‘perfect’. (This is after some very strong chemotherapy, which would normally weaken the blood further).
I’m confident that this is going to be another case of ‘miraculous’ healing. I’ll let you know.
However, the point of this article is this: every cloud has a silver lining. Even our greatest fears and worst nightmares can bring us some kind of benefit, especially when they are old problems that we become accustomed to.
Sometimes, we choose subconsciously to hold on to the benefit, even though consciously we don’t want to.
Do you have an old problem – physical or emotional – that you can’t seem to solve? Can you think of any benefit to it? If you solved the problem, what would you loose? Please feel free to leave a comment (even anonymously) and I’ll see if I can help.
Spread the love: leave a comment, share, ‘like’, Tweet, and Stumble it (using the ‘share this’ button below). Thank you!
* – I realize this is a controversial, and somewhat incontrovertible point: however, I believe that most alternative healing modalities and practitioners are less effective than a placebo! A great deal of scientific research has shown that placebos are around 30-40% effective! I think that if we’re really honest about our experiences with alternative healing we can say that very few healers or therapists are able to guarantee successful results (by which I simply mean permanent healing) in over 40% of their clients.
** – For the purpose of simplicity I am rolling Primary gain, Secondary gain and Tertiary gain into one.