You are here: Home / abuse / My wife told me to edit this (too graphic). I didn’t – read at your own discretion. 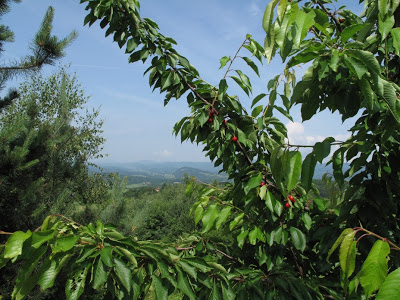 I had a miserable childhood.
Don’t get me wrong: I was blessed with great parents who gave me very strong foundations. But beyond that, I got a fairly tough deal.
Each and every school I went to sucked. Sucked with a capital S.
Strange really because they were all private schools; or as we say in England (in a typically counter-intuitive, oxymoronic kind of a way), public schools. The schools that parents have to pay a lot of money to send their kids to.
So I supposedly had one of the best educations that money can buy! Sure didn’t feel like it though… and I suspect that education is not something that can, or should be, bought…
***
When I was six, we lived in Israel for a year. I didn’t speak a word of Hebrew when we first got there, and I didn’t know a soul, but the ‘teacher’ made me stand facing into the corner at the front of the classroom, all the Israeli kids behind me sniggering at the pale, dumb kid who even the teacher didn’t like.
My mother had to pick me up from hospital one day – I’d had my head cracked open by a rock-wielding Israelite. I must admit, I may have thrown the first stone. But his was a lot bigger…

At the end of that year we moved back to England, and my ‘education’ began in earnest…
***
My first school back home: the ‘headmistress’ force-fed me (fairly violently) a particularly disgusting school dinner. I was about 8 years old I guess. To this day I would rather chew my own legs off than eat rice pudding.
Her husband, the ‘headmaster’, on a separate occasion punished me by taking me into his office – he closed the door, made me take my pants down, and bent me over his desk. He then beat me with a stick across my buttocks, gently. I suspect that he was playing with himself at the same time.
At that school, I had not a single nice teacher. Not one. There were only grey, lifeless, totally uninspired, empty-shell ghost-shadow excuses for human beings pretending to teach us. They didn’t teach. They stood at the front of the room and pointed their fingers, looking bored. The only thing to learn from them was that life is mindless, repetitive, and without joy.
When we, the children, mirrored their boredom, we were punished, usually by being given pages of ‘lines’ to write out as extra homework. Usually from the bible.
I would do my lines in bed with a flashlight so that I didn’t have to tell my parents that I’d been ‘bad’. One time my Father came in and caught me with a bible in bed (I’d managed to hide the paper and pen when I heard him coming). The memory of his face now makes me laugh. He obviously thought that his 9-year-old son was doing late night bible studies, and probably had visions of me becoming a priest!
He said something like:
“Ah, you’re reading the bible, eh? Yes, it’s an, er… interesting book isn’t it?”
Let me tell you – to a 9-year-old boy, the bible is anything but interesting. But I nodded and waited for him to leave so that I could finish my lines.
***
One day, when I was about 11, my mother told me she was taking me out of the school a year early. She’d enrolled me in a new school. I remember her saying to me somewhat apologetically:
“You haven’t been happy here have you?”
So I went to a new school for a year. It was much better. We had to travel a bit further each day to get there, but there were some nice teachers. Also, again, some very lifeless ones, but it was better. One of the nice teachers turned out to be a bit too nice though. He was the drama teacher, and he gave me the lead role in the school play: Hiawatha. He also invited me to his on-campus apartment where he played hardcore porn on his VHS and encouraged me to masturbate. He then sat in a chair slightly behind me, and masturbated himself…
I was afraid of him; fascinated by the beautiful naked women and the sex that he introduced me to; and deeply uncomfortable with the various situations that I kept finding myself in with him. But I didn’t tell anyone. Abused children rarely do…
He ingratiated himself with my parents by nursing my budding acting abilities (for which my Ma was grateful), and before I knew it he’d become a ‘family friend’. He’d come for barbecues and evening meals and I’d sit there inwardly squirming.
***
When I was 13 I went to high school, and for some strange reason I asked my parents if I could board there. I remember having fantasies of pillow fights and midnight snacks. I had two brothers 10 years younger than me, and perhaps I just craved the company of my peers. I don’t know. But the fun I had hoped to find wasn’t there. Instead there was an accepted culture of bullying and abuse that dated back to the dark ages – literally. Public schools in England are renowned for it.
The teachers weren’t so bad though, although I can’t say that any of them were great teachers. They still seemed pretty bored.
Except one. Mr Green, an English teacher. I will never, ever forget that man. He was only there for a year, but he changed my life. In many ways, he probably saved it.

At that school every teacher had a nickname. All the nicknames were things like ‘Witch’ (the very creepy chemistry teacher) and ‘Buttocks’ (the geography teacher whose arse was so large that she had to go sideways through doors. No kidding. I went through a phase of having a crush on her so bad that I would sit with an erection through entire geography classes. If ever she asked me to stand up and come to the front of the class I had to will my penis to behave: not easy when you’re 13-years-old).
Mr Green had long sideburns, and his nickname was… ‘Sideburns’. I wondered at the time how he got away with such an innocuous nickname. Now I realize that it was a sign of our affection for him.
How else do teenagers say “I love you”?
To me he was like a pool of glistening water, an oasis in a burning sandy-hot desert. Going to his classes I was excited, inspired, engaged. He gave us books to read that I could understand and believe in, and he read them out loud with us, sharing his passion with us. Every word of his was measured, had meaning, and was offered elegantly, with a smile.
His eyes shone, and he would encourage us when we did well, and berate us when we were fools, but everything was done with love.
One day I found out that he was leaving to go to a better school. I remember vividly how I felt. Betrayed, distraught, abandoned. He was too good for me.
He left, and I was alone with the shadows for the rest of my time there.
One sentence of his haunts me (in a ‘friendly ghost’ way) to this day. I must have not done something that I should have done (apologized to someone for something?), and he asked me why not – why hadn’t I done it? I couldn’t answer him. And he said:
“Ahh. You’re a moral coward”
I think that I’ve been trying to prove him wrong ever since.
Isn’t that what a great teacher does? Every word and action transmits wisdom, and the world around them becomes a wiser, better place.
Every word of his was a stone dropped carefully into the pond of my young mind, and his concentric circles of compassion and understanding continue to ripple on through my life, even to this day.
If only there were more teachers like that, eh?


Please share this. Use the buttons below to ‘like’ it, Tweet it, Stumble it, email it… spread the love!
Abuse causes trauma. The trauma of abuse, until healed, causes countless problems later in life. Abuse does not need to be obvious (i.e. sexual abuse). It can also be subtle, (i.e. lack of attention from parents). Most people who suffer abuse tend to find themselves in a cycle of abuse – as was clearly my case. The good news is that it is very, very easy now to heal trauma. And it is no longer necessary to talk about what happened (to relive the experience). If you, or anyone you know, lives with the consequences of abuse or trauma, please contact me, because I can help.