So much more to us than meets the eye… 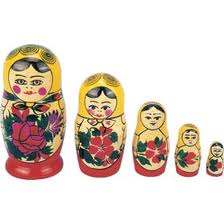 This was inspired by the recent debate (over on Elephant Journal, where I’m a regular columnist) on garlic. If you missed that, and would like to ‘catch up’, you can follow the links at the foot of this piece.

To cut a long story short: someone said that garlic is bad for meditation (he went so far as to call it a ‘brain toxin’). A lot of people were pretty upset about it; someone else wrote an article refuting their claims, and extolling the health benefits of garlic; then there was a refutation to the refutation, and so on.

Here’s what I think:
Garlic is toxic, but not to the brain – to our higher, subtle awareness. That awareness is not brain centered, although most people think it is.

When I first saw the original article, …… I thought nothing of it, except that I was mildly pleased to see the subject broached on a popular forum.

I have not eaten garlic or onion for 10 years. However, I’m not obsessive about it; if I’m in a restaurant or at a friends’ home I’ll eat it without a thought.

I stopped eating garlic and onion when I trained as a yoga teacher in India in 2001. I learned many, many fascinating things on that course. For example: the ideal consistency of the feces of a healthy person is that of a ripe banana. Useful huh?! I thought so too…

Well, I learned a lot of useful information on that course. I recall thinking at the time that these things should be taught in schools – why, for example, did I have to wait 27 years, and travel to a distant continent in order to find out what my stools should look like? Why, after an expensive public school education in England, did I know the date of the battle of Hastings (1066) and various other utterly, utterly useless bits of information, but not these simple things that affect my everyday life?

During the month that I spent immersed in that course, from early morning to late at night, I felt as if my real education had just begun…

One of the things that I learnt is that according to the ancient yogic teachings, a human being consists of not just one, but three bodies: a physical body (which we’re all very aware of), an astral body (which sounds to many people like pure hokum, I know, but bear with me!), and a causal body.

Now, the 3 bodies have 5 ‘sheaths’ (if you thought the astral body stuff was hokum, you’ll love this!).

The point of all this is: we are complex beings, ironically not unlike onions! We consist of many different aspects. Peel back one ‘layer’, and there is another underneath.

Now, the whole garlic-eating debate seemed to hinge on a basic misunderstanding that many people have (because it’s one of those things that they don’t deem important enough to teach us at school).

Our physical body is the densest, most material, gross manifestation of who we are. There is a subtler layer beneath it (or around it, or pervading it) known as the astral body, and an even subtler layer called the causal body.

Our society is focused (like tunnel vision and to the exclusion of all else) on the material. Awareness of the subtle aspects of our being is limited to small groups of people.

That’s my understanding of what Einstein meant when he said:
“The rational mind is a faithful servant. The intuitive mind is a sacred gift. We have created a society that honors he servant, and has forgotten the gift.”

However, the tunnel vision of our society has not always been so. Thousands of years ago in India, the sages who developed Yoga had intimate knowledge of many things that our modern sciences are only now discovering.

For example, on my yoga teacher training 10 years ago there was a lecture by Amit Goswami, a now well-known professor of theoretical physics. (If you’ve seen the movie ‘What the bleep do we know?’ then you’ll have seen him). What he said blew my mind. In a nutshell, he explained that much of the knowledge of quantum physics that has emerged very recently in the scientific community was already known thousands of years ago!

Now, the misunderstanding that I referred to (as the cause for confusion in the ‘garlic-gate’ episode) is quite simply due to the lack of awareness that most people have about the more subtle aspects of themselves! (It’s understandable because we’re not taught about it – we learn about what happened when, and algebra, and oxbow lakes, and ‘stranger danger’, and grammar, and how to dissect frogs… but not about what our stools should look like, or what we actually are)!

Garlic of course has many wonderful health benefits (as the rebuttal to the original articles clearly showed) – including for the brain. However the ancient yogis never said (as far as I am aware) that garlic is bad for you physically; they said that it interferes with the higher, subtler aspects of the consciousness. They were not concerned with the physical health benefits of garlic, because they didn’t need them!

They almost certainly had optimal health (check the link for an very relevant article about what health really is), a highly robust immune system, and extremely strong, healthy bodies. They didn’t sit all day in cars and at desks; they didn’t have to worry about pollution, genetically modified vegetables, or genetically engineered (Franken) fish. They developed the practice of asana and pranayama and lived in harmony with their environment.

So, I’m confident in my assertion that they were healthy.

I’ve been practicing yoga (in all it’s aspects) for many years, and I find that I also don’t need garlic to stay healthy. If ever I need antibiotics, sure, I’ll get them from natural sources where possible: and garlic is one of those sources.

Personal development means development of the person. And Yoga, as we’ve seen, takes the view that our person is much, much more than a body. So it means developing the physical, energetic, and causal bodies, so that we become truly coherent and integrated as a whole person.

When the physical body is healthy and you want to focus on developing your higher faculties through regular meditation; when you want to experience the world around you not only through your physical body but also through the astral and causal bodies; perhaps even, ultimately, to experience true, lasting bliss; then, it may be that garlic interferes with that purpose.

Certainly that’s what the ancient yogis thought, and who am I to disagree with the only teachers I ever had that taught me what my poo should look like?

Another very useful thing that they taught me, which I hope will demonstrate to you very clearly why I hold what they say in such high regard, is a cure for jet lag…

Anyone who has ever been seriously jet lagged knows how valuable this is: I’ve only been jet lagged once, but it was so bad I wished the earth would swallow me up.

I couldn’t sleep for a week, and was hallucinating from tiredness. In the end I got very sick. It happened when I flew to India…

It’s the pineal / pituitary gland in the middle of our brains.

So the cure for jet lag is: headstand. It was known by the ancient yogis as the ‘King of the Asanas’ because it has such powerful restorative uses: in fact, it is written that one who practices headstand for 3 hours conquers death! I can’t testify to that – the most I’ve ever done is 10 minutes!

Those ancient yogis sure knew a lot of useful stuff.

Were they right about garlic interfering with higher awareness? I’ve found it to be true, yes.

It’s good to first take care of your body and health, because that’ll give you a firm foundation on which to build your personal development. When you’ve done that, you may wish to take care of the other aspects of your self.

Meditate deeply, go beyond body consciousness, and experiment with your diet. You may find that garlic and onion suddenly seem less important.

I want to demystify meditation, and make it accessible to everyone. So I’m going to tell you in very simple terms what meditation is, and I’m going to share some of my experiences with you – partly to inspire, and partly to show you what is possible.


Meditation is really very simple:
It is the combination of deep relaxation, and focused concentration.


Many people are put off because they assume that meditation means ‘stopping’ the mind. So they try to stop the mind (doing). They might try it a few times, and they usually see that it’s really not very easy to make the ‘monkey mind’ shut up! So they give up…
Of course, one of the long term goals of meditation is to be able to achieve a degree of mental control. But for a beginner to try to silence the mind at once, is a bit like someone who has never used a computer trying to design and program a website in one go!


When you relax deeply, and focus your concentration, something magical happens. I use the word magical rhetorically: it is not magical in the sense of inexplicable – on the contrary, I will explain scientifically exactly what this ‘magical’ effect is – but it is wonderful, enriching, and enlightening! With practice, a whole new world, a new life opens up before you. You become more grounded, more balanced emotionally, physically rejuvenated, and… I’ll write in much more detail about the specific benefits of meditation later.

So it’s very very simple. There is no goal in meditation. There is only the practice of relaxing and concentrating.
The more deeply you relax, the more you are able to concentrate.
And the more you are able to concentrate, the more deeply you relax.
So what happens is a kind of spiraling effect – relaxation leads to concentration, which leads to deeper relaxation, and so on. The body/mind relaxes and becomes more and more focused, and the awareness goes inwards. As the awareness goes inwards, gradually it comes into contact with itself. It is like a meeting of oneself with oneself. And in that meeting there is the ultimate rest; the ultimate peace; the ulimate joy; and the ultimate celebration.
Each morning I meditate, and it feels like I bathed myself – body, mind, and soul – in golden nectar. With this practice I am able to see more clearly; communicate more deeply, and love more fully, the world around me – starting with myself! It is the most empowering thing I can do for myself.
This will be a series of articles on meditation:
For now, I’ll just encourage you to focus on relaxation. Read the articles – relaxation 1 and relaxation 2.
Practice yoga nidra (the deep relaxation exercise described in the first article). The more you release accumulated stress and are able to access deeper states of relaxation, the more quickly and easily you will take to meditation. This is the best preparation.
With love,
Ben