You are here: Home / abuse / 3 steps to profound healing (broken heart, bones, spirit)
I bleed.
My heart bleeds out into the lonely night, and only the yearning for daylight; only the memory of a better day gives me hope…
Do you know what I mean? I know you do.
At least on some level, you do.

I’m a healer. I work as a therapist, I counsel people, and I heal their wounds (mostly emotional, but also physical). I didn’t ever desire to do this. I wanted to do many things, but never this…

When it came on me though, I knew it was my calling.
Healing is the simplest, most natural thing in the world. There are just 3 simple steps that you have to take to heal almost anything.
Of course, not everything can be healed. But even most things that are thought incurable can be.
And these are the 3 steps:
1.   Take responsibility for it.
Whatever the problem, it’s your problem. Own it. It’s yours. Not anyone else’s.
Even though you may have thought in the past that it was someone else’s fault.
Even if you wanted it to be someone else’s problem.
It isn’t. It wasn’t. It’s yours, and yours alone.
Own it.
Face it.
Imagine that this problem is (literally) in your hands. Hold it up before your eyes and look into it deeply. This belongs to you alone. You alone can let it go.
But first, you must own it.
When you have taken responsibility you no longer blame others; and you no longer look for outside of yourself for the answers.
You know that you are responsible for your own change.
Quite often people call me and ask if I can help their partner / parent / friend. I have learnt to say ‘no’ in those situations. If that person had taken responsibility, they would be calling me themselves. If they haven’t taken responsibility, I can’t help them. Neither can you.
You cannot make people change.
2.   Find the cause of the problem.
This is not so hard as it may seem, but it’s not as easy as step 3. It’s not as hard as step 1 though. Most people don’t make it past step 1. You should know that. If someone comes to me having taken step 1 (having taken responsibility for their problem) then I can almost always help them. And when they do come, I have the utmost respect – because I know what it takes to come to that point. It takes humility, and dignity, and courage. It takes being real. Most people don’t have that courage, and that’s why the world is in the state it is in…but more of that in a moment.
To find the cause of the problem, there is a very simple formula. Trace the problem (to use the analogy of a tree) to its roots. The topmost branches of the problem are in the head. The outermost symptoms are in the head (thoughts, beliefs, idea). The trunk of the problem is in the heart (emotions). The roots are in the gut(deeper feelings of trauma)… and the cause is in a reaction to those deep feelings of trauma. The reaction is a survival instinct.
Ask the question “how does this problem make me feel?” And then keep on asking that question until you come to the deepest feeling. Then ask yourself: “When I feel that deepest feeling, what do I want to do?”
The answer will be a survival instinct – almost all of our problems are rooted in our survival instincts.
There are exceptions to this rule – secondary gain is the most common one.
But if you clear the secondary gain (the process is almost identical to the one outlined above) then very often the problem falls away immediately.
Step 3: Heal the cause.
This is so easy as to be almost ridiculous.
Yes, that’s right. Healing is easy.
Taking responsibility is hard. Finding the cause is a little tricky, but when you know how, it’s pretty easy too. But healing the root cause of almost all our problems (gut-based survival instincts) is a doddle.
The cause of the problem is a subconscious blockage. To be specific, the blockage is a subconscious association between safety / survival and an instinct (fight, flight, and freeze – and their many variations: for example, fight may translate into feelings of wanting to run, hide, escape, etc.)
So if the nature of the problem is that it is subconscious, we heal it by simply making it conscious.
You see, our essence is pure consciousness. Light.
The blockage is like a shadow.
In the same way that you can remove a shadow by simply throwing light on it, you heal the subconscious blockage by bringing the light of your awareness to it.
This is mindfulness, and the power of it cannot be overstated.
When I heal a client’s blockage, I bring us both into a state of presence (here and now), and we acknowledge the blockage.
Our combined awareness (the light) bearing down on the blockage (shadow) makes it simply disappear.
The blockage is like an uninvited guest. When he is discovered, he leaves promptly. He is in fact waiting to be discovered, and wants to leave. He has a guilty conscience. He doesn’t belong there.
What belongs there is pure consciousness. When the blockage is removed, pure consciousness flows through the space again naturally, spontaneously and joyfully.
*** 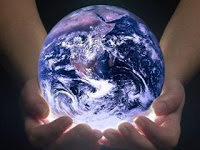 This is the most important thing in the world! There is no issue more urgent. Nothing is more worthy of your attention, time, and energy.
The world is in the state it’s in because so many of us are motivated unconsciously by survival instincts. In one word: fear.
We behave the way we do as a species (war, abuse, greed, hypocrisy, corruption) not because we are innately bad. On the contrary, we are innately good – our essence is goodness, or God-ness (“made in the image of God”).
However, our innate goodness has been tainted by the very thing that makes us so intelligent. Our higher thinking. Somewhere along the line human beings forgot how to quickly and easily release trauma (wild animals do it naturally). We instead learnt to hold on to our trauma. And those instincts that helped us to survivethe trauma stayed locked in place – permanently switched on.
So that our lives become ruled by subconscious tendencies towards fighting (conquer, destroy, kill, argue, conflict, win, etc); flight (hide, run away, escape, remain passive, etc); and freezing (numbness, paralysis, stiffness, lock-down, tightening up, etc).
This is why you may be a highly evolved, spiritual person, but have health, emotional, or psychological problems. Because there is something in your subconscious that trips you up and interferes with your essential nature from expressing itself naturally.
It all comes down to survival instincts.
When enough of us heal these blockages, I am sure there will be peace on earth, because peacefulness is the natural inclination of life. War is an aberration, like murder.
Death, killing, sickness – these are not aberrations – they are natural and necessary aspects of life. But war, murder, corruption and abuse are the consequence of un-released and un-healed traumas.
It’s so, so simple. We have the tools to forge a new society, a new earth, a new humanity.
Healing ourselves is the ultimate environmental activism.
It is a political act.
It is an expression of Ahimsa (non-violence) and Satya (truthfulness) and compassion.
Let us heal ourselves and each other.
Let us heal the global heart that is bleeding and crying out for us to stop abusing ourselves.
“He who saves one man saves mankind”
Save yourself. Save mankind.